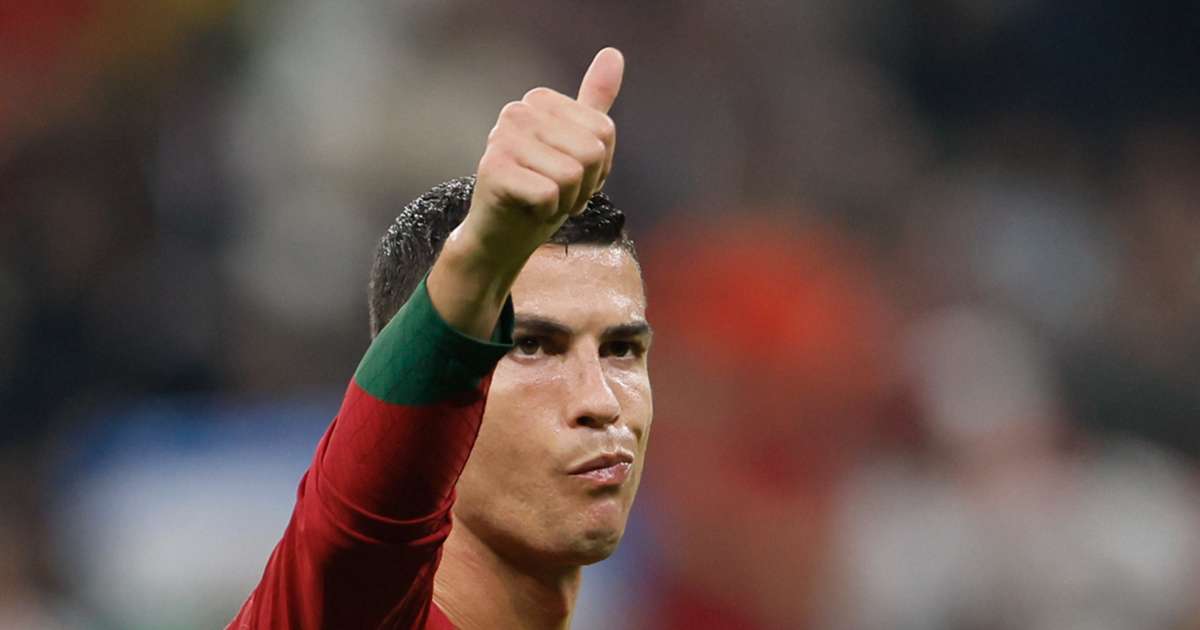 Portugal released a statement to deny Cristiano Ronaldo threatened to leave their World Cup camp, and the forward has also now responded.
FotMob - 2 months ago

Cristiano Ronaldo declared Portugal are "too close to be broken by outside forces" in response to reports he threatened to leave the World Cup.

Portuguese outlet Record claimed on Thursday that Ronaldo threatened to leave his country's camp in Qatar after being told he would not start the last-16 tie with Switzerland.

That came on the back of head coach Fernando Santos criticising the captain's reaction to being substituted in the 2-1 loss to South Korea in the final group game.

However, the Portuguese Football Federation (FPF) was quick to deny that Ronaldo, who came on as a substitute in Tuesday's 6-1 win over Switzerland, made any sort of threat.

And free agent Ronaldo took to Twitter shortly after vowing to continue giving his all in Portugal's bid to win a first World Cup.

"A group too close to be broken by outside forces," the forward posted alongside an image of his team-mates celebrating a goal against Switzerland.

"A nation too brave to let itself be frightened by any adversary. A team in the truest sense of the word, which will fight for the dream until the end! Believe with us! Strength, Portugal!"

The FPF earlier stated: "News released this Thursday reports that Ronaldo threatened to leave the national team during a conversation with Fernando Santos.

"The FPF clarifies that at no time did the captain of the Selecao, Ronaldo, threaten to leave the national team during the stay in Qatar.

"Ronaldo builds up a unique track record every day at the service of the national team and the country, which must be respected and which attests to the unquestionable degree of commitment to the national team.

"Incidentally, the degree of dedication of the player most capped by Portugal was again demonstrated – if necessary – in the victory against Switzerland."

Ronaldo's replacement, Benfica youngster Goncalo Ramos, scored a hat-trick in the thumping win against Switzerland to set up a quarter-final with Morocco on Saturday.

Santos is expected to stick with Ramos against Spain's conquerors Morocco, meaning a place on the bench once again for Ronaldo.

Ronaldo, who did not take part in full training on Wednesday, is both Portugal's most-capped player (195) and all-time leading goalscorer (118).