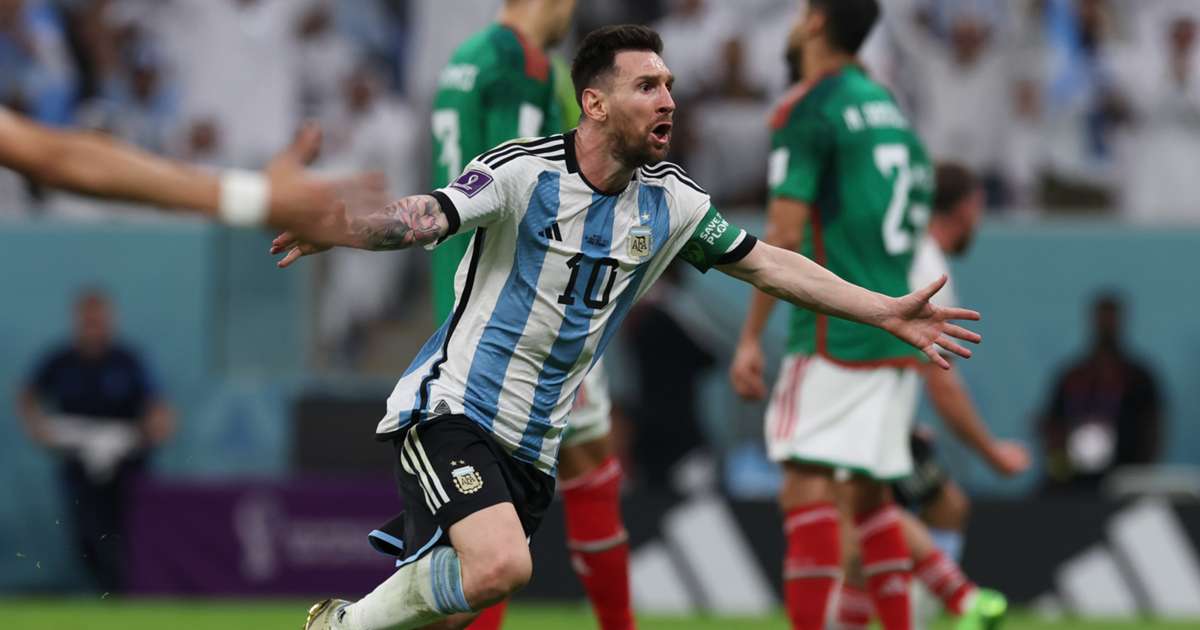 Argentina remain alive in the World Cup after beating Mexico in a scrappy game settled by goals from Lionel Messi and Enzo Fernandez.
FotMob - 2 months ago

Lionel Messi was once again Argentina's saviour with the breakthrough goal in a 2-0 win over Mexico at Lusail Stadium to ignite his side's World Cup campaign.

Poland's 2-0 victory over Saudi Arabia earlier on Saturday left Argentina needing to avoid defeat against Mexico if they were not to exit the competition after just two games.

Argentina put their shock 2-1 loss against Saudi Arabia behind them thanks to Messi's long-range opener after 64 minutes and Enzo Fernandez's equally-as-impressive late strike.

Lionel Scaloni's men join Saudi Arabia on three points and are one point behind Group C leaders Poland, who they face in their final match, while Mexico are bottom on one point.

Argentina made five changes on the back of their opening loss, three of those in defence, and they failed to register a meaningful attempt in the first half.

Mexico went closest to opening the scoring before the interval through an Alexis Vega free-kick that called Emiliano Martinez into action.

The quality only marginally improved in the second half, but out of nowhere Messi controlled Angel Di Maria's pass and fired a low shot past Guillermo Ochoa from 25 yards.

With three minutes left, the Benfica midfielder received a pass from Messi following a short corner, worked his way into the box and curled away from Ochoa into the top corner for his first Argentina goal.

What does it mean? Group C going down to the wire

The four shots Argentina and Mexico produced between them in the first half was the lowest combined total in a World Cup game since the Netherlands against Argentina in 2014 (three).

However, Scaloni's side stepped things up in the final half an hour to ensure their hopes of progression remain in their own hands as they made it 11 games without defeat against a lacklustre Mexico side.

Argentina will now be guaranteed a place in the last 16 if they beat Poland, while a draw may also prove enough.

Mexico are bottom of Group C but can still advance should they beat Saudi Arabia and Argentina lose to Poland, while a win for Mexico and a draw in the other game will mean goal difference comes into the equation.

On the day he equalled both Maradona's national appearance (21) and goals record (8) at the World Cup, Messi made the breakthrough with a superb strike and then assisted substitute Fernandez for Argentina's killer second goal.

The Paris Saint-Germain forward has now scored in six successive games for Argentina, with that his joint-best run for his country (also six between November 2011 and September 2012).

Mexico captain Andres Guardado was recalled by Gerardo Martino to became just the sixth player to feature at five different World Cups, three of those being Mexican (also Rafael Marquez and Antonio Carbajal), but his return lasted just 42 minutes due to a knock he was unable to shake off.

Guardado's absence was felt as he won more duels (4), won more tackles (2) and regained possession more times (5) than any Mexico player in the first half, while only Kevin Alvarez (27) had more touches than the Real Betis player's 25.

- Since 1966, only Rivellino (5) has scored more World Cup goals from outside the box than Messi (4).
- Mexico have lost all four of their World Cup games against Argentina - only Nigeria (5 vs Argentina) have played more World Cup matches against a specific nation while losing every time.
- Argentina kept their first clean sheet in seven World Cup matches, since the 2014 semi-final against the Netherlands (0-0, Argentina won on penalties).
- Mexico have failed to win either of their opening two matches at a single World Cup tournament for the first time since 1978, losing all three of their group games at that edition.
- They have also failed to score in four successive World Cup matches for the very first time, losing three of those four matches (D1).

Group C is in for a thrilling finale on Wednesday as Argentina take on Poland and Mexico face Saudi Arabia with all four teams still able to go through.