Rumour Has It: Barcelona and Chelsea hoping to secure teenage phenom Moukoko 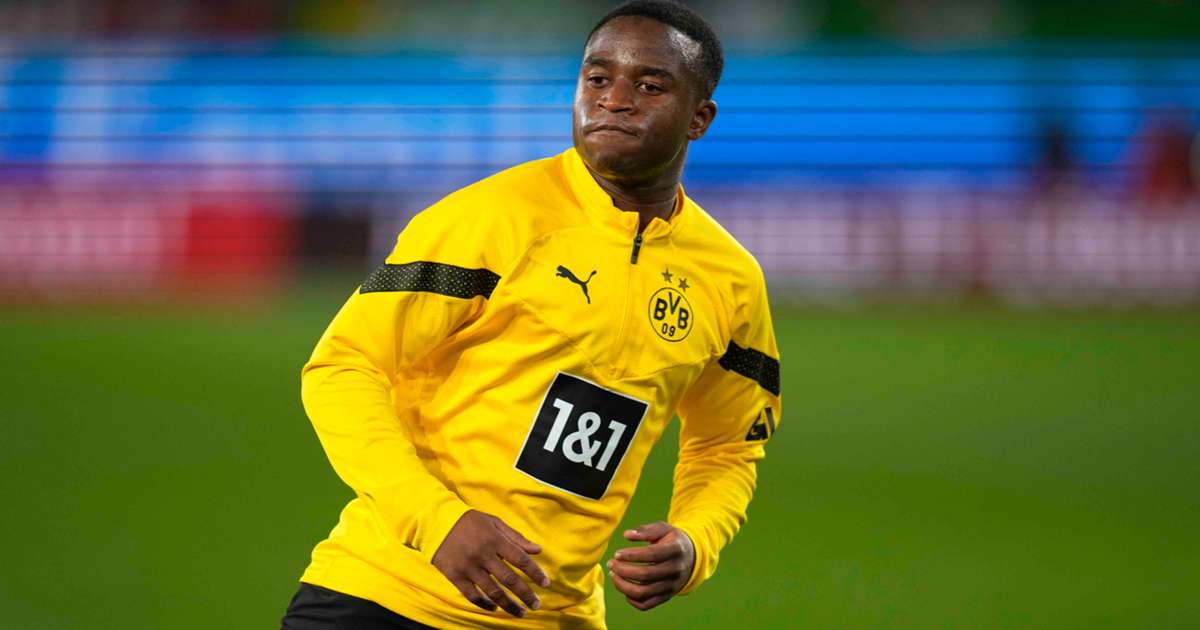 Borussia Dortmund's Youssoufa Moukoko is the youngest Bundesliga goalscorer ever but is also reportedly a Barcelona fan.
FotMob - 2 months ago

Barcelona and Chelsea are reportedly moving Borussia Dortmund teenager Youssoufa Moukoko to the top of their priorities as he approaches the end of his contract.

Moukoko, who turned 18 in November, has been with Dortmund since he was 12 years old, making his first-team debut in the Champions League as a 16-year-old, breaking the record as the youngest player in the history of the competition.

He is also the youngest goalscorer in the history of the Bundesliga, and after being used primarily off the bench up to this point in his career, he started seven consecutive league fixtures leading into the World Cup break.

With six goals and three assists in his 14 Bundesliga appearances this season, he has emerged as one of the top prospects in world football, but his time in Dortmund could be coming to an end.

Moukoko's contract expires at the end of this season, and if he does not sign an extension to remain with Dortmund, he will be able to leave as a free agent.

According to Sport, Barcelona believe Moukoko's history as a childhood Lionel Messi and Barca supporter puts them in the prime position at the front of the line to secure his services. The report claims the Spanish giants view themselves as the only landing spot if Moukoko decides against remaining at Dortmund.

Meanwhile, the Express states Chelsea feel more confident about their chances with Moukoko than they ever did about Palmeiras prospect Endrick, a player who journalist Fabrizio Romano is reporting has chosen Real Madrid.

Chelsea's willingness to propose a five-year deal with the option of a sixth year is said to be a key selling point, per the Secret Scout on Twitter, while Sport also added Chelsea "would be willing to pay a fortune".

– ESPN is reporting United are working on a deal to sign 33-year-old Borussia Monchengladbach goalkeeper Yann Sommer on a free transfer at the end of the season.

– Milan should give 23-year-old winger Rafael Leao an ultimatum in January that he must agree to a new contract or be sold, per Calciomercato.

– Fichajes is reporting Milan are interested in bringing in Barcelona's Ferran Torres but prefer Arsenal's Gabriel Martinelli if he becomes available.

– According to Sky Sport Italia, Inter and Juventus could both attempt to sign Roma centre-back Chris Smalling when his contract expires at the end of the season.

FotMob about 15 hours ago
MatchesLeaguesNews