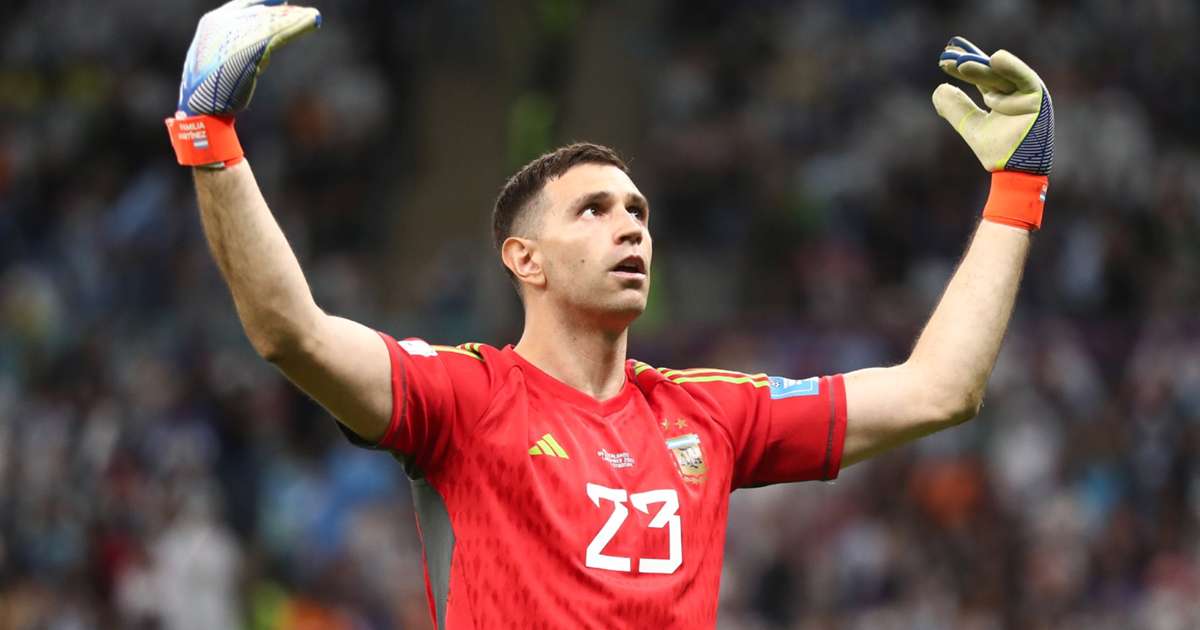 Despite his penalty shoot-out heroics sending Argentina through, Emiliano Martinez was far from happy with referee Antonio Mateu Lahoz.
FotMob - 2 months ago

The goalkeeper was the hero, saving from Virgil van Dijk and Steven Berghuis as La Albiceleste prevailed 4-3 on spot-kicks after a 2-2 draw, in which they surrendered a 2-0 lead.

The performance of referee Lahoz was a huge talking point at Lusail Stadium; the Spanish official issuing 15 yellow cards during the ill-tempered affair – the most in World Cup history.

He also added 10 minutes at the end of regulation time, in which the Netherlands scored a dramatic last-gasp equaliser through Wout Weghorst to force an additional 30 minutes.

"The referee is useless. Hopefully, we don't have that referee anymore," Martinez said, before dedicating the victory to his compatriots.

"The first thing that comes to mind is emotion," he added. "I do this for 45 million people. To give people such joy is the biggest thing right now. We are in the semi-final because we have passion and heart. We are excited, as are the people."

Namesake Lautaro, who netted the decisive spot-kick, added: "On that walk to the point of the penalty, I was very calm because I trust my work. When I caught the ball, I thought about my daughter. She changed my life."

Alexis Mac Allister is expecting a "very tough" semi-final clash with Croatia, who stunned Brazil on penalties earlier in the day, while Rodrigo de Paul is embracing the moment.

"I'm excited because I work hard to make these things happen," the midfielder said. "Playing a World Cup semi-final is not an everyday occurrence.

"The idea was to come the first day and leave on the last day. We rose from a defeat at the beginning. Hopefully, these moments that are incredible keep coming. I tell people to enjoy it because this belongs to everyone."