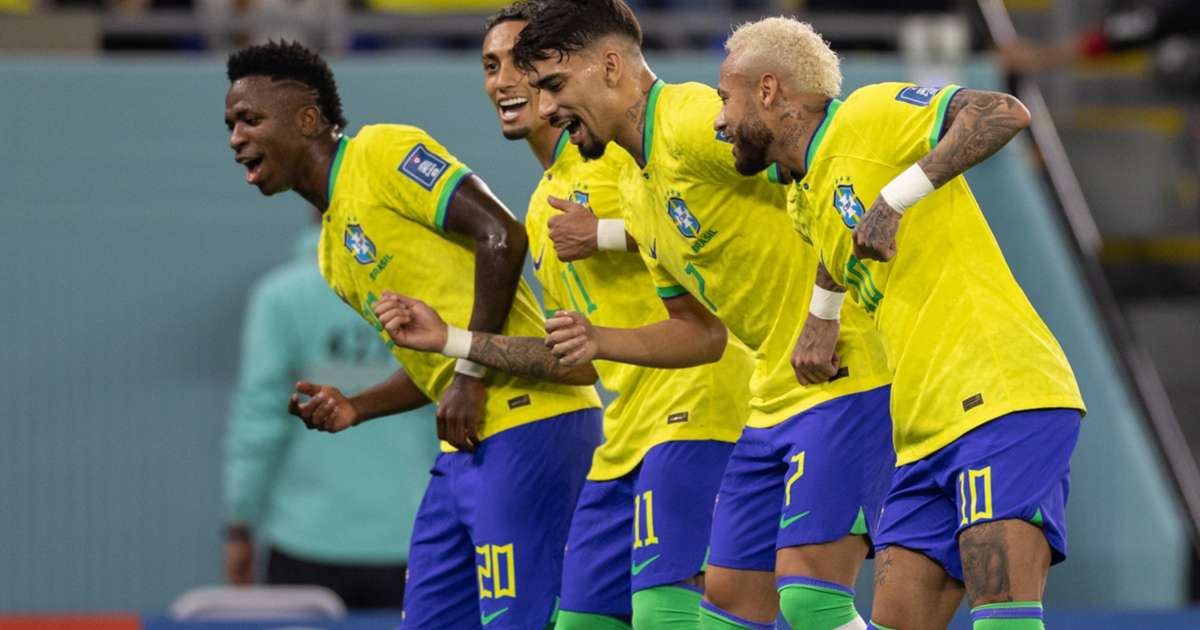 Brazil's players and their coach Tite have been criticised in some quarters for dancing in celebration at the World Cup in Qatar.
FotMob - 2 months ago

Zlatko Dalic has no issue with Brazil's players dancing to celebrate a goal, though he would not want to see his Croatia squad do the same.

Brazil's celebrations during their 4-1 rout of South Korea have drawn criticism from some quarters.

Coach Tite has had to explain no disrespect was intended when he joined in with Richarlison's 'pigeon' dance after the striker netted a sublime third goal in the round of 16 match on Monday, though he also said Brazil will not stop dancing in celebration.

Croatia meet Brazil in the first quarter-final on Friday, and Dalic would prefer his players not to celebrate in such a manner.

"[Brazil] have their own way that they celebrate," Dalic said in a press conference.

"They celebrate how they know, they are so festive, so in unity, demonstrating their character and tradition.

"It's their right. Is that a disrespect towards the opponent? I cannot say.

While Dalic would rather come up against Brazil later in the competition, he believes taking on the five-time world champions is the pinnacle of international football.

"There is no better moment than playing against Brazil. Anyone could only dream of such a game," he said.

"We know what Brazil means in the football world but we do not have a lot to lose. We must fight them, must give our best.

"Croatia is one of the eight best in the world, that’s a great success, and we want to do more, that would be spectacular."

Dalic's sentiment was echoed by captain Luka Modric, who said: "They have great players. Top-notch players, playing in the best leagues and clubs and I enjoy playing against them, enjoy watching them and we have a chance to face a great team like Brazil.

"It's pure pleasure watching them. This is all that one can wish for – to play against them."

Four-and-a-half years on from reaching the final in Russia, Dalic says Croatia must recognise they are in a rebuilding process - regardless of the result against Brazil.

"This is a new team, we have 18 new players from the previous World Cup," Dalic explained. "We cannot draw comparisons.

"In 2018 we had a team playing together for 10 years in a row, playing in the best leagues and clubs. This is not the situation with our current team. We need time to mature.

"Our new team is yet to prove itself, the World Cup is a great opportunity to prove that."