Tonali compares himself to Pirlo and Gattuso after Italy debut 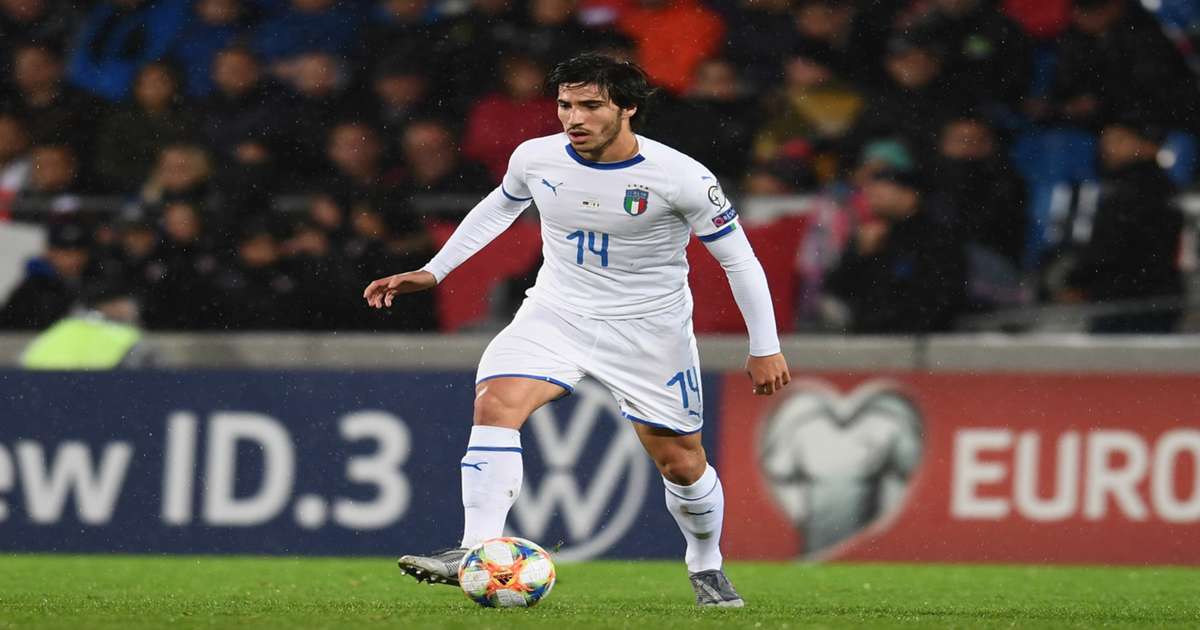 Sandro Tonali, 19, made his debut as Italy equalled a national team record with a 5-0 win over Liechtenstein.
FotMob - about 3 years ago

Sandro Tonali said he is a mix of Andrea Pirlo and Gennaro Gattuso as he compared himself to the Italy greats following his international debut.

Tonali came off the bench to make his Italy bow in the country's 5-0 rout of Liechtenstein in Euro 2020 qualifying on Tuesday.

The 19-year-old Brescia sensation – who has been linked to Serie A champions Juventus, Manchester United and Fiorentina – addressed comparisons post-match.

"It's tough to pick one of those champions," Tonali told Rai Sport after being compared to Pirlo, Gattuso and Daniele De Rossi.

"Maybe a mix of all of them would be perfect. I guess there are similarities with Pirlo in a way but I also add a lot of a grit in there, so maybe more Gattuso."

Italy matched a national team record as they extended their winning streak to nine games, having booked their place at Euro 2020 with a win over Greece at the weekend.

Roberto Mancini named a young starting team for the clash at Rheinpark Stadion as Federico Bernardeschi, Andrea Belotti, Alessio Romagnoli and Stephan El Shaarawy all got on the scoresheet in Vaduz.

There was also time for Tonali to make his debut with 16 minutes remaining and he reflected on the emotion he felt when replacing Bernardeschi.

"I felt wonderful as not everyone gets to play for the national team. I was a little emotional for 30 seconds that it was really happening," Tonali added.

"The coach told us all to be ready to play so I had an idea. Everyone in the squad was very helpful to the newcomers like me and it felt easy to come in.

"The system is different, so is the timing and there is obviously a lot more quality in the Italy side, but the role and position remain the same."

Kylian Mbappe makes admission about reluctance to do media duties

Which World Cup team is the best at penalty shootouts?