Defiant Luis Enrique stands by his philosophy despite Spain exit 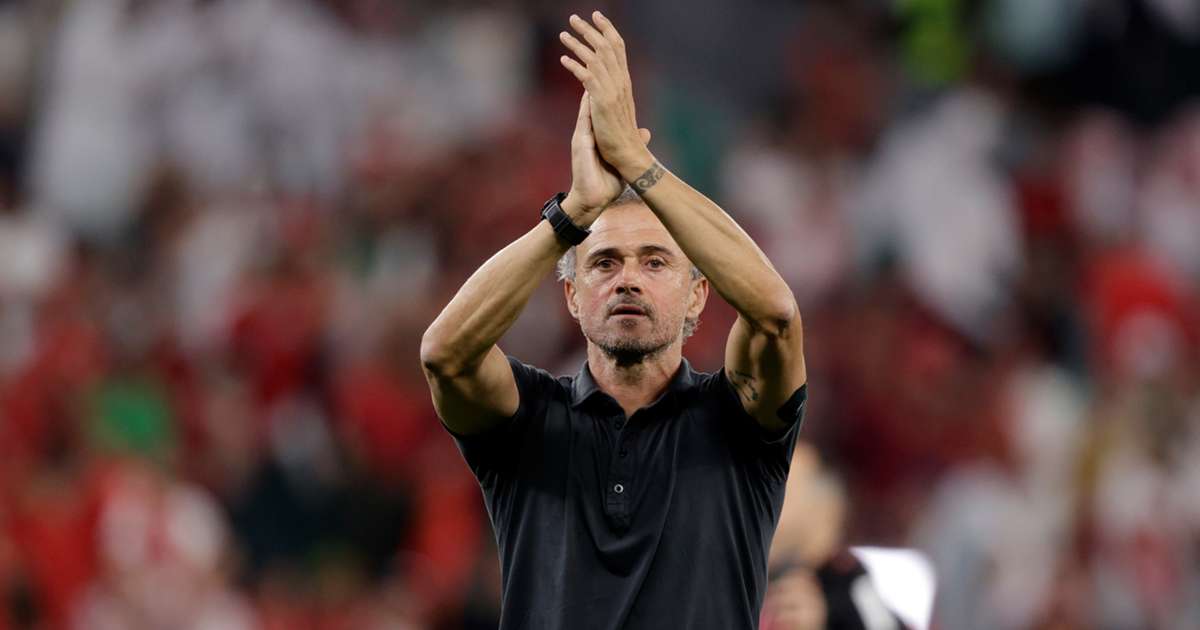 Spain crashed out of the World Cup after going down 3-0 to Morocco in a penalty shoot-out following a goalless draw.
FotMob - 2 months ago

Spain coach Luis Enrique stood by his players, and his philosophy, following their World Cup exit at the hands of Morocco on Tuesday.

It means since winning the title in 2010, Spain have failed to advance beyond the round of 16 stage in three attempts.

Spain racked up 1019 passes over 120 minutes of domination but a glaring lack of cutting edge stunted their attempts to find a goal with the game going to a penalty shoot-out in which Pablo Sarabia, Carlos Soler and Sergio Busquets all missed.

Luis Enrique insisted he was happy with the way his team played and stood by his style of football.

"We dominated but lacked a goal," he said. "We created chances, we were progressive but we met an opponent who performed to a high level.

"We could've created more and been more efficient but I was happy with my team. They represent me and represent my style and I can only praise them.

"I am very happy with the profile of the players I have in my squad, I would not change them, I would go with them till the end.

"If anyone is responsible it's me. This is sport, there is no point in punishing ourselves."

Luis Enrique also had words of praise for Sarabia, Soler and Busquets for having the courage to take a spot-kick in front of an intimidating pro-Morocco support at Education City Stadium.

He added: "We created enough chances to win the match but the end [the shoot-out] was not a lottery.

"You have to control yourself and be brave in managing that. I would select the same players to do it. Sarabia, Soler and Busquets were great, they missed, no problem, it's part of the sport."

Bounou saved the efforts of Soler and Busquets while Sarabia hit the post having gone first, leaving Madrid-born Achraf Hakimi to win it for Morocco to put them into the quarter-finals for the first time.

"Bounou was the man of the match and he's a top goalkeeper," added the former Barcelona boss.

"He's a great person as I know first hand. He was decisive in the shoot-out and deserved to be the man of the match."