Modric empathises with Rodrygo after penalty miss - 'He will get stronger' 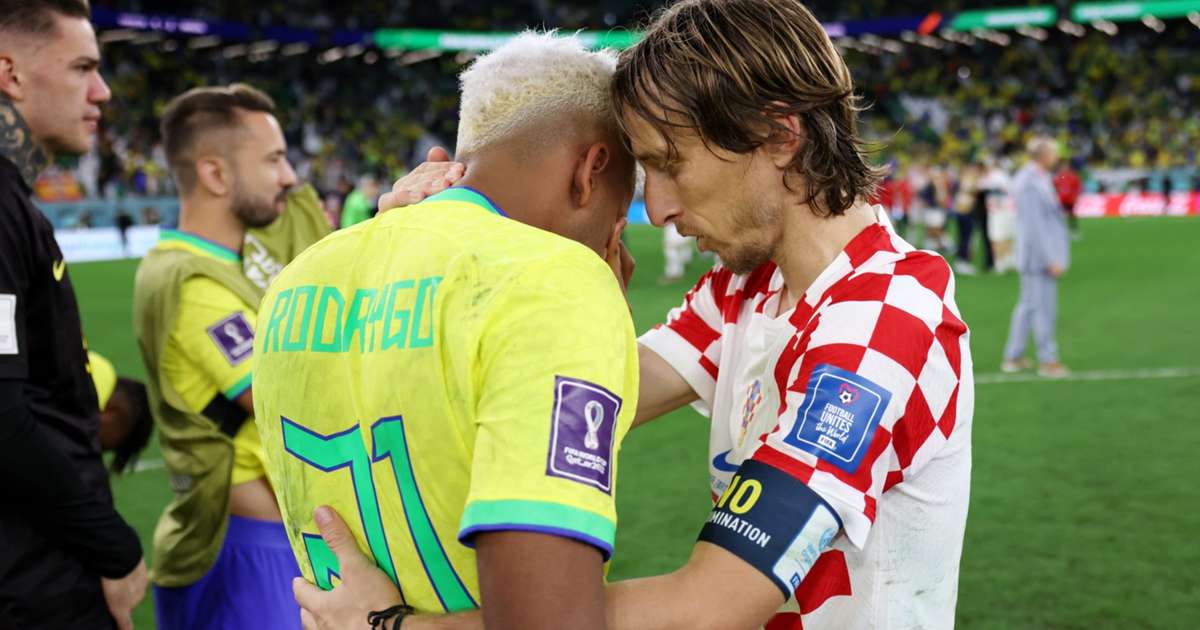 Rodrygo was one of two players to fail from 12 yards - along with Marquinhos - as the Selecao were beaten 4-2 in the shootout following a 1-1 draw at Education City Stadium.

Modric knows how his 21-year-old Real Madrid team-mate feels. The midfield maestro was only a year older when he missed his spot-kick in Croatia's quarter-final defeat by Turkey at Euro 2008.

Despite the disappointment, the Vatreni captain is confident Rodrygo will benefit from the ordeal, telling reporters: "I'm sure he'll gain more experience and strength to continue. He will get stronger with all this.

"It can happen to anyone. We must congratulate Rodrygo for having the strength and mentality to take and shoot penalties. Everyone can fail. I have encouraged him. I get along very well with him, and it's a shame that it was him."

Croatia have now won all four of their World Cup penalty shootouts, having also defeated Japan on spot-kicks in the last 16, as the 2018 finalists sealed their second successive appearance in the last four.

Zlatko Dalic's side fell behind in extra time to Neymar's wonderful individual effort, but Bruno Petkovic struck a dramatic equaliser with three minutes remaining, and Modric saluted the character of his team-mates.

"Surely, nobody has given us anything before the World Cup, or they didn't see that we could get there so far," he added.

"The important thing is that between us, we have had faith, confidence, and we have a real team again with very good youngsters who have entered. Winning like this, I'm sure it gives more confidence for what follows.

"We have shown once again that we never gave up. Our faith is enormous. We tied and on penalties, we had confidence."