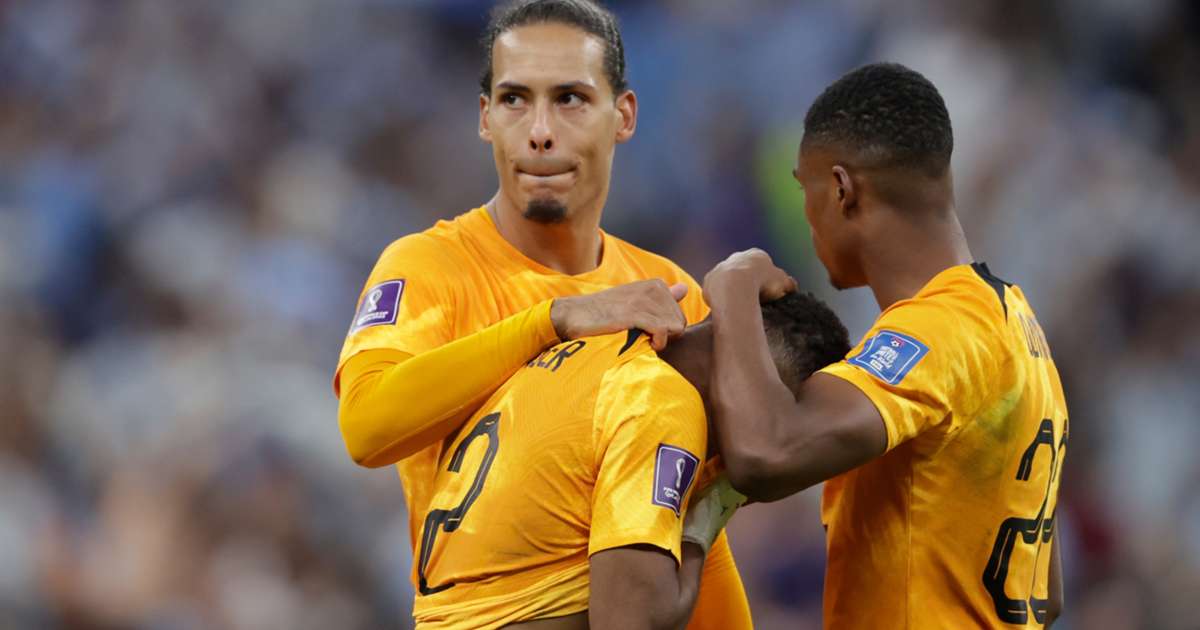 The Netherlands were knocked out of the World Cup in heartbreaking fashion after Virgil van Dijk and Steven Berghuis missed from the spot.
FotMob - about 2 months ago

Virgil van Dijk was left "very hurt" after the Netherlands were knocked out of the World Cup on penalties by Argentina on Friday.

Goals from Nahuel Molina and Lionel Messi looked to have Argentina coasting to the semi-finals, but substitute Wout Weghorst scored twice late on to force the game into extra time.

Neither team could find a winner in the additional 30 minutes, but Emiliano Martinez saved from Van Dijk and then Steven Berghuis before Lautaro Martinez fired home the deciding spot-kick to knock the Netherlands out.

Van Dijk spoke of his frustration at his team pulling themselves back into the contest, only to lose on penalties.

"I'm very disappointed that we're out of the tournament, after a very eventful game," the Liverpool star told reporters.

"We showed great character, we came back last 15 minutes, got extra time then it's penalties.

"Unfortunately we couldn't get the job done. We're going home. I'm very sad about that, but that's life. We lost on penalties, and that's the thing that is difficult. It's like a lottery.

"We practiced penalties a lot but unfortunately, he [Emiliano Martinez] made two great saves and we're out.

"I think we were confident, but you can't replicate a full stadium where 80,000 fans are whistling against you and a different goalie that you don't face in training."

Netherlands captain Van Dijk took the opening penalty of the shoot-out, only to see his low effort saved by Emiliano Martinez down to the goalkeeper's right.

When asked about his spot-kick after the match, the centre-back said: "I never took it in the Premier League, so it's quite difficult. It's never easy, you're under pressure, but I was looking forward to it, I was ready for it.

"He saved it, fair play to him. Bad for us, bad for me. I'm very sad, but unfortunately things like this happen in life and it's about how you deal with it.

"I'll be very sad for the next period and I'll regroup, be with my family, and think about good things in life.

"These things happen unfortunately, you can miss. But it doesn't mean you feel fine, I'm very hurt and I felt like I let my guys down a bit. It's about turning that feeling into hunger for the rest of the season."

Van Dijk's defensive partner Nathan Ake echoed his skipper's sentiments on the disappointing manner of the Netherlands' exit, having done so well to get back in the game.

"We can be proud. Obviously we wanted more but it wasn't to be," Ake explained. "We stayed in the game, we tried to fight back. In the end, it's painful.

"Maybe in extra time we should've pushed on a bit more, but the legs were a little bit tired."

Ake was also asked for his thoughts on an ill-tempered game that produced 15 cards, more than any other World Cup clash in history.

"That's part of football," Ake added. "They love their country, they want to fight for their country and we have the same. It's an emotional game. Everyone wants to go through.

"In the end, the penalties decided the game and not the referee."