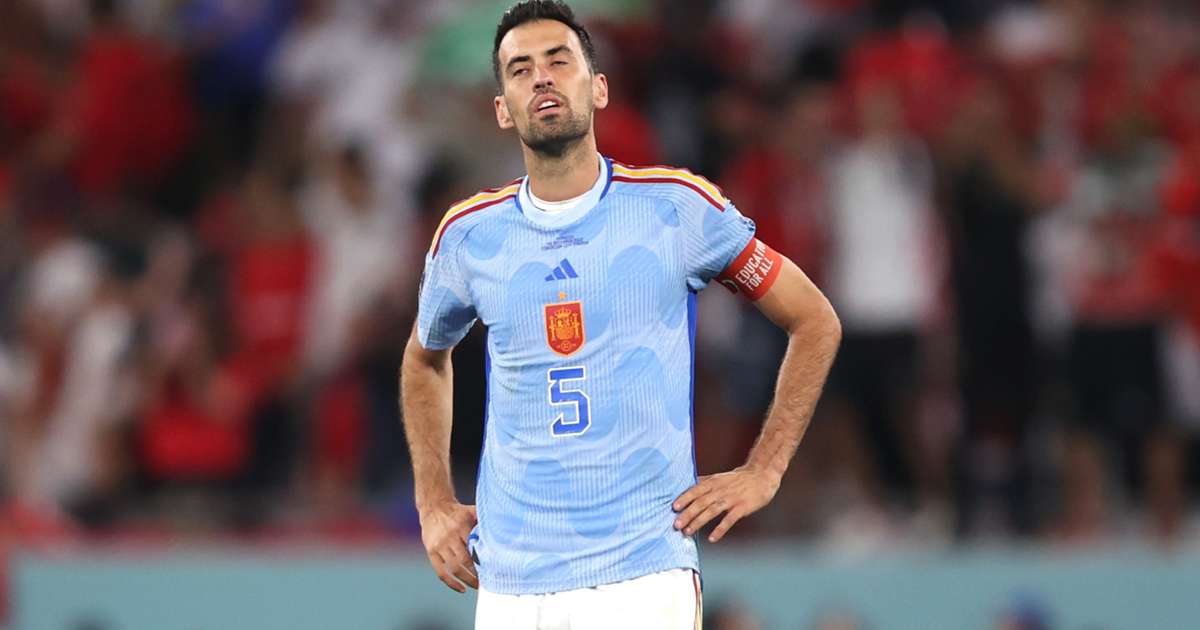 In the aftermath of Spain's stunning World Cup exit, Sergio Busquets would not be drawn on whether he will end his international career.
FotMob - 2 months ago

Sergio Busquets says now is not the time to discuss his international future after Spain crashed out of the World Cup in "the most cruel way" with a defeat to Morocco on penalties.

La Roja lost the shoot-out 3-0 at Education City Stadium following a goalless round-of-16 encounter on Tuesday, with the Atlas Lions reaching the last eight for the first time.

Spain captain Busquets, Pablo Sarabia and Carlos Soler were unable to find the back of the net from 12 yards out, goalkeeper Yassine Bounou producing heroics for Morocco.

To add insult to injury, it was the Madrid-born Achraf Hakimi who scored the winning spot-kick.

Luis Enrique's side dominated possession but lacked a cutting edge, with Sarabia hitting the post right at the end of extra-time.

At the age of 34, it has been suggested Busquets could call time on his Spain career, but the Barcelona midfielder will not rush into a decision following a stunning exit in Doha.

He told La1: "Now the important thing is the team and not me, it's a difficult night and we will have to get up and use this experience, there are very young people who will be very useful and we must continue."

Busquets felt Spain were unfortunate to miss out on a place in the quarter-finals.

"It was a shame, it was decided on penalties in the most cruel way. It was complicated, we tried to wear them down, turn them around, find spaces. We lacked luck from the last pass." he said.

He said: "I think that in the 120 minutes of the game we have been superior, but what I say now is of little value if we don't score.

"We are seeing that there are surprises throughout the World Cup, we have not been able to overcome it and we did not expect to be eliminated against Morocco, but it is the reality and we have to go home."