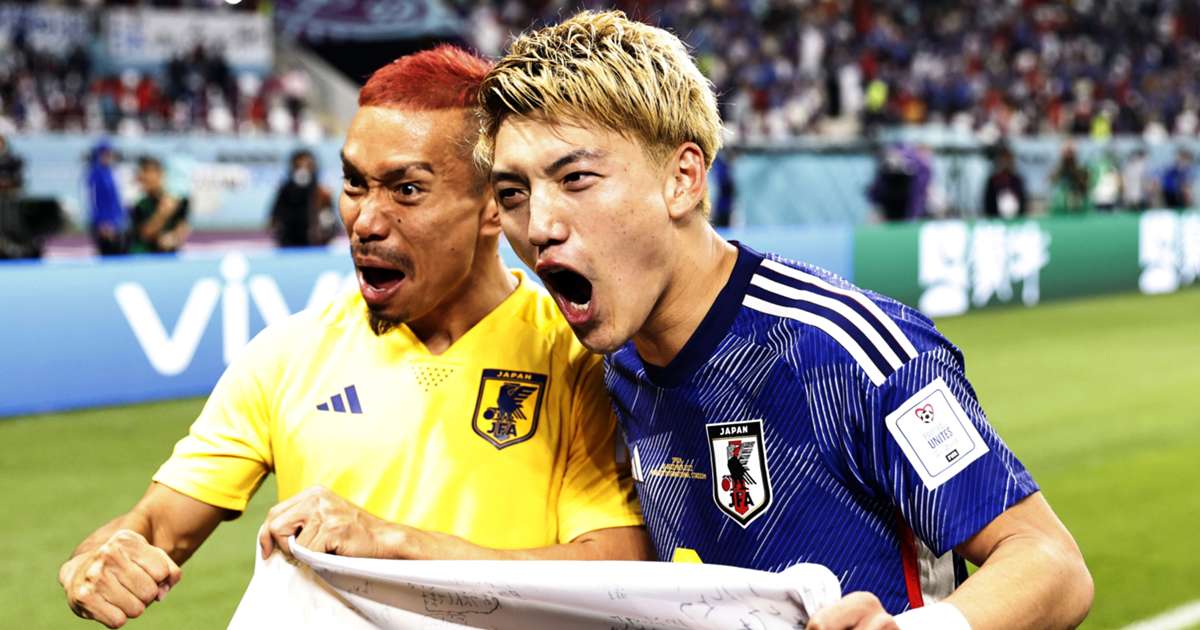 After an impressive group stage in Qatar, Japan prepare to take on 2018 World Cup runners-up Croatia in the round of 16.
FotMob - about 2 months ago

Yuto Nagatomo wants his Japan team-mates to "fight like samurais" when they face Croatia in the last 16 of the World Cup.

Japan shocked many by winning Group E in Qatar, beating former world champions Germany and Spain to do so.

The Samurai Blue were eliminated in the 2018 tournament by Belgium in the round of 16, losing 3-2 after taking a two-goal lead.

Four years on and Nagatomo, who played in that game in Rostov, thinks the challenge of getting over that blow will only strengthen what he calls the "strongest" Japan team in World Cup history.

"Of course I've never forgotten [the Belgium loss]," Nagatomo told reporters. "It always remained with me, sometimes suddenly I remember things from that game.

"The last four years have been very tough for me, my thoughts were always on the Qatar World Cup, but we overcame those challenging four years and I think we grew mentally and physically.

"We intend to beat Croatia and enjoy a new landscape and I'm looking forward to shouting 'bravo' out loud."

Hajime Moriyasu's side showed spirit in their wins against Germany and Spain, coming from a goal down to beat both 2-1, and Nagatomo revealed where some of their belief may have come from.

"Before the Germany game, there is a word in Italian, 'couragio', which means 'courage', so I shook hands with each player and we said 'couragio' together," the former Inter man said.

"I think all the players are manifesting this 'couragio' play, sometimes on the field or on the bench, but the atmosphere on the bench is also very good. I can really feel we are united as one and this is Japan's strength. I think we are the most united team at this World Cup.

"I don't need to say 'couragio' anymore, they are passionate enough and I'm sure we're going to show the world very passionate play tomorrow. We will win.

"I mentioned before that we use the analogy of the samurai, before they go to battle they polish their weapons, improve their techniques, but if they are scared during the battle, they will not be able to use them properly. It's the same with football.

"Of course, tactics are important, but no matter how much we improve those, if we are scared on the field, those things are useless. In order for us to maximise all the tactics we've been talking about in the last four years, the first thing we need is courage. Tomorrow, we want to showcase how courageously we are fighting."

When asked to elaborate on his samurai point, Nagatomo said: "Yes, I am the one who of course talks about the samurais very often. In the world, the Japanese samurais are very famous, so we'd like to fight like samurais. I think this is a great opportunity to show how we can fight as the samurai."

Croatia head coach Zlatko Dalic also alluded to the "samurai philosophy", but insisted his players will be ready, having played a part in eliminating Japan's 2018 tormentors Belgium in the group stage.

"What I find to be of utmost importance is to demonstrate respect for opponents," Dalic said. "They beat two World Cup winners, they showed their mental strength and quality.

"What I said to my players [is] 'never underestimate'. They will bring samurai philosophy in their game, we'll do our part. We know what they are, who they are, their mentality. We must apply the same attitude. We must do our best and never underestimate, show maximum respect and we'll see who is the best team."