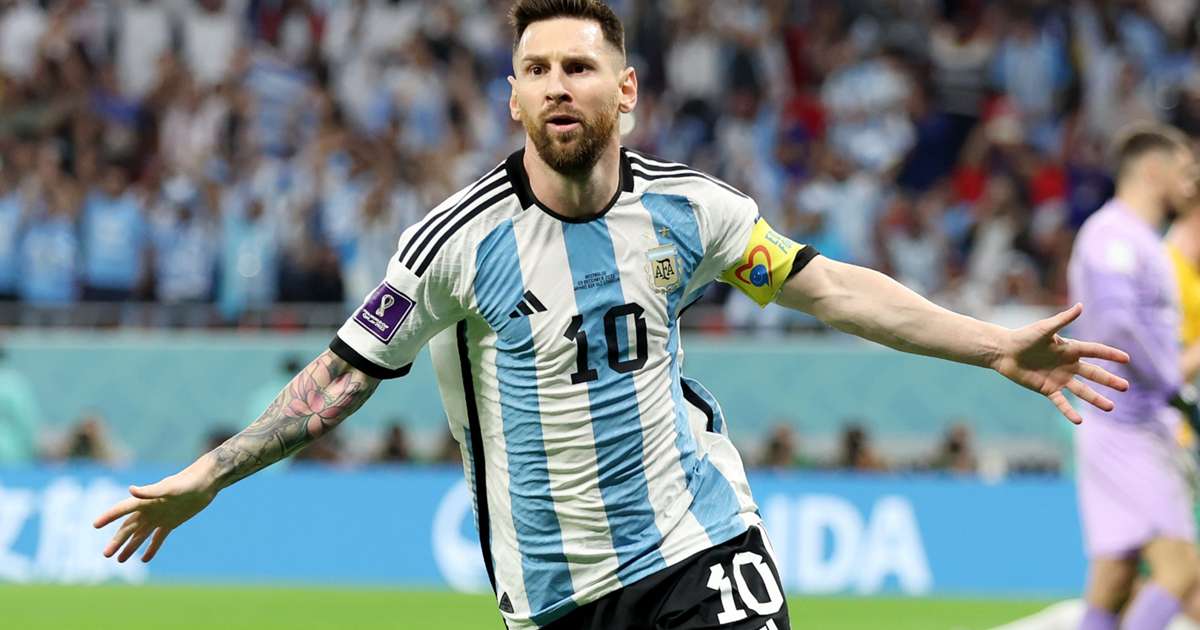 Lionel Messi ended his wait for a goal in a World Cup knockout tie as Argentina set up a quarter-final meeting with the Netherlands.
FotMob - 2 months ago

Lionel Messi marked his 1,000th career appearance with his first ever goal in the World Cup knockout stage as Argentina reached the quarter-finals with a 2-1 win over Australia on Saturday.

Australia were content to frustrate their opponents at Ahmad bin Ali Stadium, but Messi carved the Socceroos open in trademark fashion as half-time approached – picking out the bottom-left corner to net.

If Argentina's first goal was sublime, their second bordered on the ridiculous as Australia goalkeeper Mathew Ryan gifted possession to Julian Alvarez, who made no mistake to seal the win.

Australia halved the arrears when Craig Goodwin's effort deflected off Enzo Fernandez and beyond Emiliano Martinez, but Argentina never looked likely to be pegged back as they teed up a quarter-final clash with the Netherlands.

Argentina struggled to make any early headway as Graham Arnold's men defended resolutely, but La Albiceleste had their seven-time Ballon d'Or winner to thank when they took the lead with their first real attack.

With 35 minutes gone, Messi darted inside from the right wing to latch onto Nicolas Otamendi's lay-off before planting a neat side-footed finish beyond the despairing dive of Ryan.

Messi saw an effort deflect into Ryan's arms as Argentina chased a second after the restart, but the goalkeeper was at fault as Argentina doubled their lead with 57 minutes gone.

Ryan inexplicably tried to dribble his way out of trouble when pressed by Rodrigo De Paul and Alvarez, and the Manchester City striker applied the simplest of finishes after stealing possession.

Australia reduced the deficit out of nowhere when Goodwin's long-range strike found the bottom-right corner via Fernandez, before Lisandro Martinez denied Aziz Behich a remarkable leveller with a fine last-ditch tackle.

Substitute Lautaro Martinez went close on three occasions before Emiliano Martinez denied Garang Kuol from point-blank range at the last, but Argentina clung on to seal their progress.