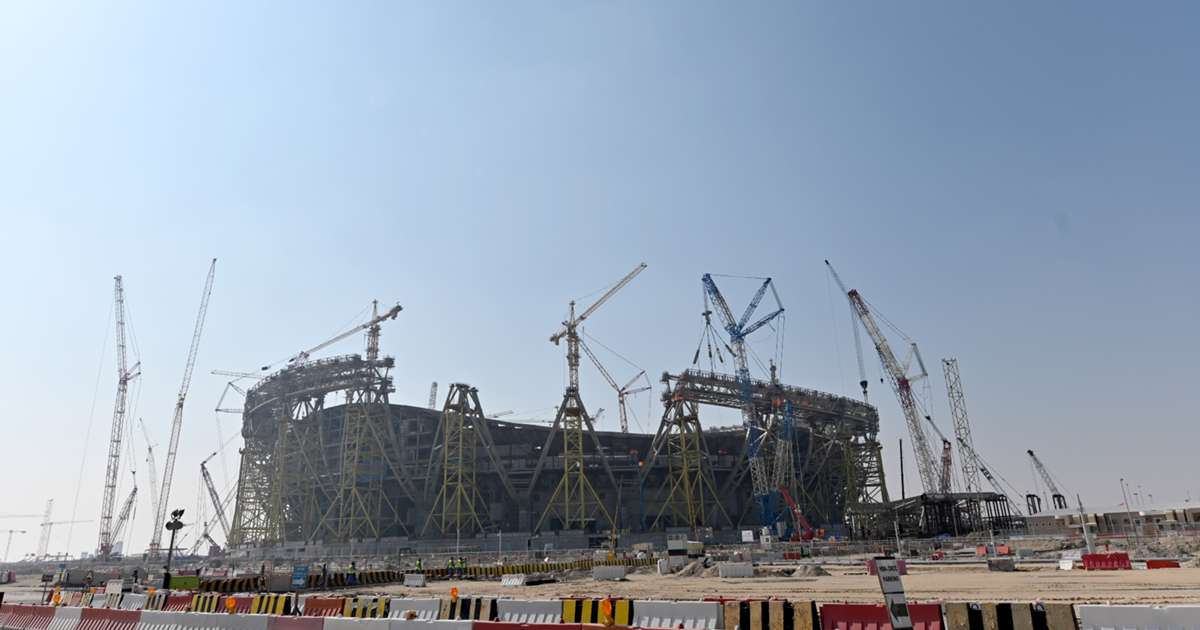 With off-the-field topics continuing to dominate the 2022 World Cup as much as events on it, Hassan Al-Thawadi has spoken out.
FotMob - 2 months ago

World Cup chief Hassan Al-Thawadi admits "improvements have to happen" after estimating "between 400 and 500" migrant workers died working on projects related to Qatar 2022.

The awarding of the competition to the Gulf state in 2010 has only grown more controversial in the years since due to its chequered past on human rights issues, its treatment of migrant workers and the illegality of homosexuality.

The official count for those to have died on World Cup sites is 37 among non-work related deaths and three from work-related accidents. However, it was reported by The Guardian last year the overall figure may surpass 6,500 deaths.

FIFA has constantly reiterated it is fully committed to protecting the rights of workers on projects such as constructing stadia, while president Gianni Infantino launched an impassioned defence on the eve of the competition.

While the actual death figure is unknown, Al-Thawadi – who was responsible for ensuring infrastructure and development projects were delivered in readiness for Qatar 2022 – accepts it is a lot higher than the 40 previously reported.

"The estimate is around 400, between 400 and 500," he told Piers Morgan in an interview with TalkTV. "I don't have the exact number; that's something that's been discussed. One death is a death too many, plain and simple.

"I think every year the health and safety standards on the sites are improving, at least on our sites. The World Cup sites that we were responsible for, most definitely to the extent that you've got trade unions commending the work that's been done on the World Cup sites and the improvements."

When asked directly if the health and safety standards were good enough at the beginning of the project, Al-Thawadi said: "I think overall the need for labour reform itself dictates that yes, improvements have to happen.

"Just so we're clear, this was something we recognised before we bid. The improvements that have already happened aren't because of the World Cup. These are improvements we knew that we had to do because of our own values.

"The World Cup served as a vehicle, an accelerator, as a catalyst because of the spotlight which we recognised early on was going to be shed. It caused a lot of initiative not only in terms of improvement in isolation but in terms of enforcing it as well.

"That's where today we got to a position where our most ardent of critics consider us to be a benchmark in the region."

Al-Thawadi addressed a number of other issues in the interview, such as whether Qatar is a safe place for people in same-sex relationships to visit.

FotMob about 17 hours ago
MatchesLeaguesNews