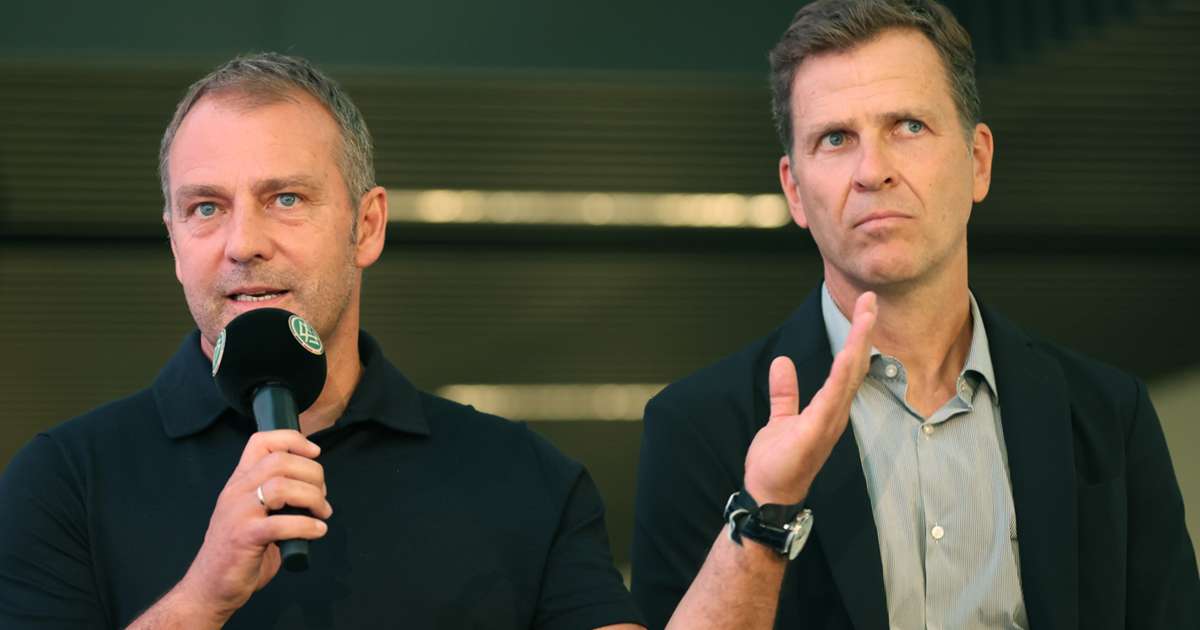 Hansi Flick's own future as Germany coach could be in doubt after he reacted with disenchantment to Oliver Bierhoff's post-World Cup exit.
FotMob - 2 months ago

Hansi Flick has revealed his dismay at Oliver Bierhoff leaving his role as Germany team director, with the coach stunned by the decision.

Former Germany striker Bierhoff stepped aside on Monday, saying he had come "to an understanding on the matter with president Bernd Neuendorf" after the national team's group-stage World Cup exit.

Neuendorf, in charge of the German Football Association (DFB), may now face a battle to appease Flick, who is due to remain in post through to the Euro 2024 finals.

Germany will host that tournament, and Flick described it as having been a "common goal" of his work with Bierhoff.

Flick said Bierhoff, who many will see as a scapegoat for Germany's World Cup failure, would be difficult to replace, both on a personal and professional basis.

By Flick's reckoning, Bierhoff achieved great things during his 18 years with the DFB. He picked out overseeing the 2014 World Cup triumph as the peak of the achievements, but also noted the "professionalisation of the national team and its environment" and development of the DFB academy and campus.

"He pushed all of this forward with great personal commitment and against a great deal of resistance," Flick said.

"At the moment, my coaching team and I are having a hard time imagining how the gap created by Oliver's departure can be closed, both professionally and personally.

"Our cooperation has always been characterised by loyalty, team spirit, trust and reliability. Cohesion was in the DNA of our team.

"Oliver was my first contact and friend within the team. Our common goal was the Euro 2024 project in Germany. For Oliver, the focus was always and exclusively on the well-being of the national team, the DFB and German football."

The nature of Flick's reaction, which was published on Tuesday by the DFB, has sparked speculation about the coach's own future. Reports have said Thomas Tuchel, Ralf Rangnick or Fredi Bobic could be possible successors.

Of Bierhoff, Flick said: "I would like to thank him personally and as the national coach for this long collaboration and the invaluable trust that has been placed in us. Trust is and remains the greatest asset in football.

"The last few days have not been easy, and I wish Oliver and his family the very best from the bottom of my heart. German football and the national team in particular owe him an incredible amount."