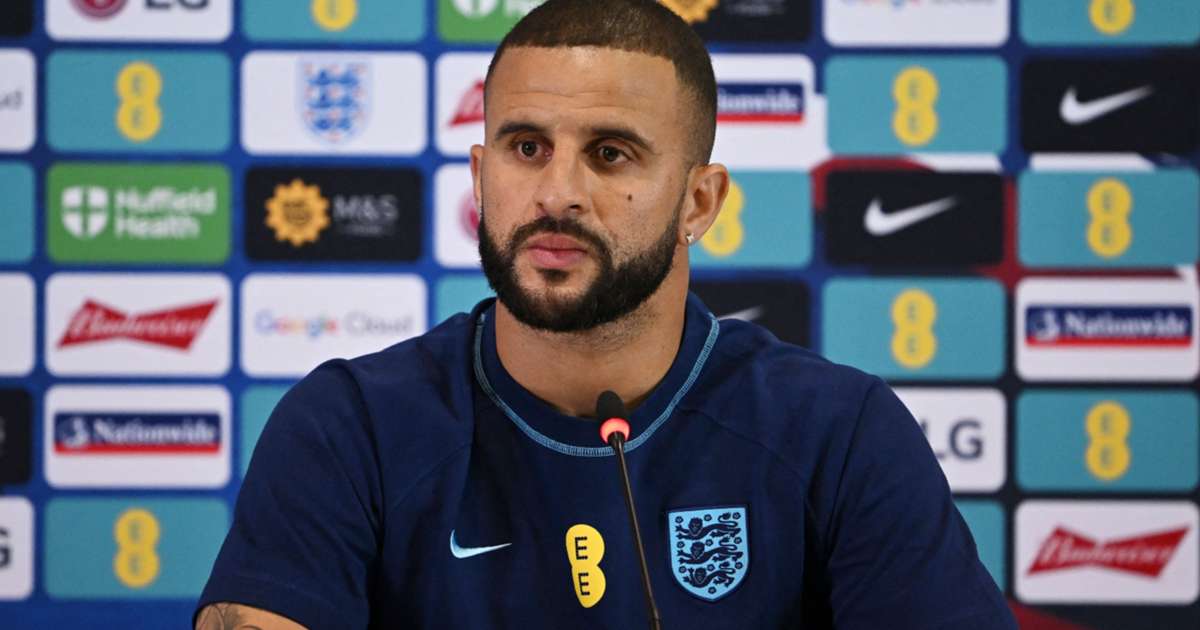 With many discussing how England plan to deal with Kylian Mbappe, Kyle Walker feels the Three Lions must not give him too much respect.
FotMob - 2 months ago

Kyle Walker will not "roll out a red carpet" for Kylian Mbappe as England prepare to face France in the World Cup quarter-finals on Saturday.

Mbappe is the tournament's top scorer so far with five goals in four matches, including a double in the reigning champions' 3-1 victory over Poland in the round of 16.

That win set up a clash in the final eight with England, giving Three Lions' manager Gareth Southgate a headache on how to best counter the threat of Mbappe.

Walker is the player many believe will be chosen to deal with the power and pace of Mbappe, with the possibility that Southgate will opt to play with a back five.

While Walker lauded Mbappe's talents, the Manchester City defender feels he is well-equipped to cope with the Paris Saint-Germain star.

"Of course I understand the focus and I understand what I need to do to stop him," Walker told reporters. "It's easier said than done but I don't underestimate myself.

"I've come up against some of the best players in the world but I have to treat it just as another game. You have to give him respect but not too much.

"I'm not going to roll out a red carpet for him and tell him to score. It's a World Cup, it's do or die.

Other France forwards have impressed alongside Mbappe, such as Ousmane Dembele and Olivier Giroud, the latter of whom became Les Bleus' all-time record goalscorer with his strike against Poland, with Walker stressing the focus is not just on the PSG forward.

Walker says it is important England pay due attention to all of France's attackers, and not just Mbappe, adding: "It will be a tough game but a team cannot just be about one person.

"When we've [City] played Paris Saint-Germain in the Champions League, we're not just thinking of Mbappe and it's the same on Saturday.

"He's a tool in their armoury - and a very good one - but you can't underestimate their other players.

"We know he's a great player and that's why he's the focus of all questions. But let's not forget Olivier Giroud who has scored lots of goals, Ousmane Dembele and Antoine Griezmann.

"For me all the questions shouldn't be about him [Mbappe]. I appreciate he's a great footballer, but there are others too."

At 32-years-old, Walker is one of the older members of England's squad, with young stars such as Bukayo Saka and Jude Bellingham playing a starring role in England's campaign so far.

Walker commended the Three Lions' new generation, reserving particular praise for Bellingham, who has lit up the tournament with his sparkling midfield displays at just 19-years-old.

"It is great for the English game," Walker declared. "As you mentioned, Jude [Bellingham] being one who has the courage to play for England that others didn't have when they were younger.

"They have no fear and they go in and express themselves. I feel the standard of players has gone up another level in this tournament."