Premier League Review: The talking points from Round 2 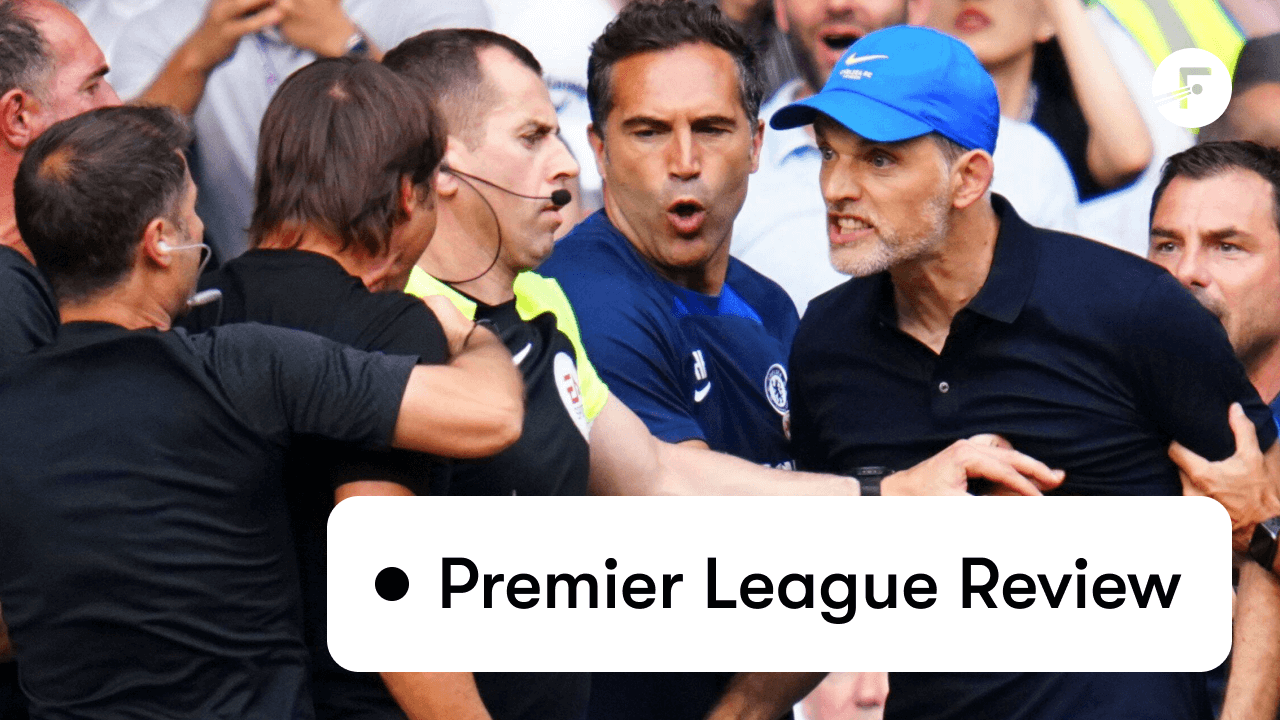 The Premier League really lived up to the billing of the best league in the world this weekend. We’re only two weeks into the new campaign yet only two teams have their 100% record intact. But what were the biggest talking points?

The original battle of Stamford Bridge was fought on the pitch, this time around it was on the sidelines with Thomas Tuchel and Antonio Conte clashing on a number of occasions during the 2-2 draw on Sunday.

Spurs came from behind twice to salvage a point as both managers were sent off after the final whistle. The two tacticians have been at the centre of it all in the aftermath but one interesting takeaway from the match was the fact no player had more shots than Kalidou Koulibaly.

The centre-back had three efforts – one of which was a superbly placed volley for the opener. Tuchel’s side were heavily reliant on defenders chipping in with goals last term and it might be the same this time around.

Reece James netted the second goal for Chelsea and he finished the match with two shots, the same total as his colleague on the left flank, Marc Cucurella. The wing-backs for the home side had as many efforts as Chelsea’s front two.

Same old Chelsea, relying on their defenders to provide the goal threat.

There was an expectation that he would feast at the Etihad on Saturday as champions Manchester City faced off against Bournemouth.

Now, Pep Guardiola’s men did feast as they coasted to a 4-0 win having scored three in the opening 37 minutes. They had 19 shots in total compared to the visitor’s three. However, Haaland was on the peripheral throughout.

The former BVB forward completed just two passes during his 74 minutes on the pitch. Despite this, he still chipped in with an assist to make it three goal involvements in two outings.

Ultimately, it doesn’t matter. Haaland wasn’t signed to be the game-changer against the likes of Bournemouth. He was signed to be the difference-maker in crucial games and he likely will be.

Gabriel Jesus put on an attacking clinic against Leicester City as Arsenal romped to a 4-2 win at the Emirates.

The Brazilian attacker, a summer arrival from Manchester City, had a hand in all four goals. He scored the first two and then assisted the latter two in what was perhaps the performance of the weekend.

Jesus attempted an astonishing seven shots and racked up an expected goals total of 1.9, while also creating three chances and completing 75% of his attempted dribbles.

The 25-year-old has added a new dimension to the Arsenal attack and you do have to wonder just how many goals he can score as the main man for the Gunners this term.

In what was the result of the season so far, Manchester United were stung by the Bees on Saturday evening, with Erik ten Hag’s side suffering yet another defeat.

Brentford scored four times in a stunning first-half performance and then managed the game out with great maturity after the break.

The hosts amassed an expected goals total of 1.32 in the opening 45 minutes while limiting the visitors to just 0.4. United could only muster opportunities worth 0.52 expected goals despite wholesale changes at half-time.

In many ways, it was similar to what happened to the Red Devils in their opening game against Brighton (1.29 expected goals in the first half). Swarmed before the break, certain players crumbled under the pressure and were punished.

Thomas Frank’s men were ruthless and fully deserved the emphatic victory, their first of the season.

Filling the void at Brighton

Graham Potter lost Yves Bissouma to Tottenham Hotspur this summer and yet the midfield for Brighton have looked as solid as ever.

They dominated a Manchester United team last week at Old Trafford and kept a clean sheet against Eddie Howe’s Newcastle United side. One key reason for this has been the performances of Moisés Caicedo.

Signed last summer, the 20-year-old spent the first half of the season on loan before being recalled early in January. He impressed from the off and he’s now one of the first names on the team sheet.

Against Newcastle, the dominant midfielder won 75% of his tackles, made two interceptions and completed eight ball recoveries.

You can follow every match from the 2022/23 Premier League season live with FotMob — featuring deep stats coverage including shot maps, xG, and player ratings. Download the free app here.