This Weekend: Big league grudge matches and 100% records on the line 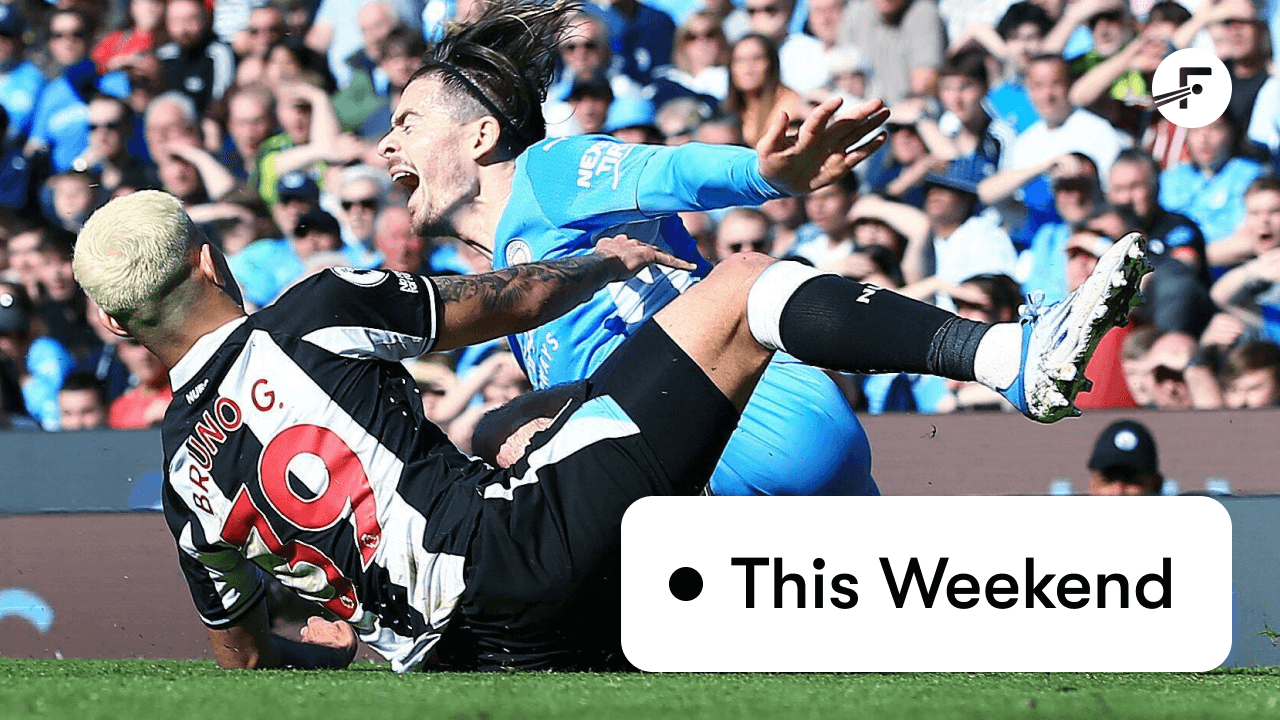 FotMob - about 1 month ago

🏴󠁧󠁢󠁥󠁮󠁧󠁿 There’s no Friday night game in England’s Premier League this week so we start Round 3 with six fixtures on Saturday. And amazingly, despite being just two games in to the season, only two sides maintain a 100% record.

One of those two sides are the latest stars of Amazon’s All or Nothing series – Arsenal, who play at Bournemouth in the last of the day’s games. The Cherries are in the midst of a really tough run with this game coming in between last weekend’s defeat to Man City and next week’s trip to Liverpool. The newly promoted side will be really glad of that opening day win over Villa, especially if they come up against the same Arsenal side who’ve been fairly convincing in their wins over Palace and Leicester.

At the other end of the scale, there are only four Premier Leagues sides who’ve yet to win a game so far. Wolves are one of those four, so they’ll be hoping their new record signing Matheus Nunes will have an instant impact as they face Spurs earlier in the day. Frank Lampard’s Everton are also searching for that first win and they entertain the free-spending Nottingham Forest.

🇩🇪 You’ll probably be less surprised to hear that the situation in the Bundesliga is the same in that only two sides here have won their opening two games of the new season. The league’s big two – Bayern and Dortmund – have started well, albeit Dortmund’s six points have been harder fought than those of Bayern, who’ve been at their free-scoring best.

On Saturday, Dortmund face newly-promoted Werder Bremen. Bremen have drawn both their opening fixtures but this will be by far the biggest test of their credentials back in the big time. Elsewhere, there’s an intriguing clash between polar opposites Union Berlin and RB Leipzig – the two sides who couldn’t be more different off the pitch but finished last season divided by a single point; fourth and fifth in the final standings.

Leverkusen were the side who came in third last term but they have started the campaign terribly, losing to Dortmund and Augsburg. They’ll be looking to get off the mark, at home, against Hoffenheim.

🇪🇸 The first week of the new season in LaLiga gave us plenty of interesting storylines – which you can recap here in one of our new regular columns from Spanish football expert Ben Hayward. One of those was Champions Madrid only just managing to battle through their game against newcomers Almería – with a 2-1 win coming thanks to David Alaba’s late free-kick, scored just 28 seconds after he’d come on as a substitute!

Carlo Ancelotti will be hoping for a more fluid performance from his side as they visit Celta Vigo on Saturday.

In contrast, Real Betis really impressed in their opening weekend win over Elche so their fixture against Mallorca – who looked tough to break down against Athletic Club – could be another game to look out for on your match feed.

🇮🇹 Similarly to Madrid, Inter Milan were another of the continent’s big clubs to make hard work of their opening game – only winning at Lecce when Denzel Dumfries netted deep in to stoppage time. Boss Simone Inzaghi didn’t hold back in criticising his players so expect a reaction when they take on Spezia at the San Siro.

There wasn’t a single draw in the first round of Serie A fixtures so at the risk of jinxing the outcome in any other matches we highlight here – Lazio’s trip to Torino looks nailed on to be an entertaining game!

🇵🇹 They’re not messing about in the Liga Portugal, where they’ve scheduled one of the biggest games of the season for this, the third round of games. Defending champions FC Porto play Sporting Club, the side who finished as runners-up last season, but who beat them to the title in the previous campaign.

Porto, who lost one solitary game en route to winning the league, have obviously won two from two so far in 2022/23 but Sporting have been less convincing – beating Rio Ave but enduring a high-scoring draw with Braga despite having taken the lead three times.

🇺🇸 Finally for Saturday, two fixtures of interest for the respective leaders of the Western and Eastern conferences in MLS.

LAFC sit nine points clear in the West having won their last seven games in a row, and they take on Californian rivals San Jose Earthquakes – who, in contrast, are without a win in six. Meanwhile, Philadelphia Union have quietly gone about building a five point cushion in the East. They’ve actually lost two of their last three but will be confident going into the weekend’s trip to the capital, where they face bottom side DC United. New coach Wayne Rooney has so far failed to turnaround their season and they’ve failed to score in each of their last four matches.

🇪🇸 All three of Sunday’s games in LaLiga look enticing – starting with the afternoon clash between Ernesto Valverde’s Athletic Club and Valencia, one of his former sides.

Later, two of the three clubs who top the (far to early to mention) league table after 3-0 wins in their opening games play each other – Atlético Madrid and Villarreal. Both looked super strong in those matches and Villarreal’s form continued with a 4-2 win over Croatian side Hajduk Split in a Europa Conference League qualifier on Thursday night.

Atleti will be hoping not to lose any more of their prize possessions before the close of the transfer window, particularly if the strike partnership of Álvaro Morata (two goals) and João Félix (three assists), can continue to produce similar results to last weekend.

In the last of the day’s games Barcelona go to Real Sociedad with Xavi’s new-look side looking to notch their first goal of the season after drawing a blank against Rayo Vallecano.

🏴󠁧󠁢󠁥󠁮󠁧󠁿 Back in the Premier League, there are also three fixtures to look forward to. As mentioned above, Manchester City are the only team, other than Arsenal, to have won both of their first two games but they could face a stiffer test at Newcastle United.

We currently have Newcastle as the joint best-rated side in the division after they’ve kept successive clean sheets in the win over Forest and draw with Brighton. Can Eddie Howe mastermind an early season upset in this, the clash of two of the richest clubs in the world?

They’ll be no love lost in the day’s earlier game between Leeds United and Chelsea, two sides who’s mutual dislike for each other is based on a rivalry that developed way back in the 1960s, when both sides were fighting to get in to the top division. Both have started with a win and a draw to their name so perhaps something will have to give at Elland Road?

West Ham face Brighton in Sunday’s other game, with the visitors looking to maintain their unbeaten start to the campaign under Graham Potter. David Moyes’ side are winless in the league but they did beat Viborg in the home leg of their Europa Conference League qualifier on Thursday and will look to build on that before heading to Denmark, where they’ll hope to seal a place in next week’s Group Stage draw.

🇮🇹 Serie A holders Milan probably headline Sunday’s schedule in Italy as they visit the always overachieving Atalanta. Both sides rattled up three points in their opening games of the season – Atalanta winning 2-0 at Sampdoria whilst Milan eventually overran Udinese to win 4-2. The champions’ potential title defence is something discussed in another of our new regular columns here – provided by Italian football expert Matteo Bonetti.

Elsewhere, look out for Napoli‘s first home game of the new campaign against newcomers AC Monza. Luciano Spalletti has been busy rejuvenating his squad to bring about a younger, fresher side – even adding proven goalscorer Giovanni Simeone in midweek – despite how well his side played in their 5-2 win at Verona last weekend.

🇫🇷 Famously, Christophe Galtier was the man who masterminded Lille’s Ligue 1 title winning campaign in 2020/21, a triumph that upset perennial favourites PSG in the process. After a frustrating season spent at Nice last year, Galtier is now the man entrusted with the Parisian superclub – and now, just three games in to his reign, he returns to Lille on Sunday evening.

It’s going to be a heated affair, no doubt worsened by Galtier’s signing of one of Lille’s biggest stars, Renato Sanches, just before the season start. That said, Lille have fared well under their new coach Paulo Fonseca and they go in to the game second in the table, head of the pack behind PSG, who perhaps dauntingly, have already scored 10 goals in two games.

🇩🇪 Speaking of sides who dominate all others in their respective domestic leagues – Bayern München have started the Bundesliga with a bang, averaging four goals a game in wins over Eintracht Frankfurt and Wolfsburg.

This weekend Bayern will test that early season form on the road, at Bochum who themselves have shipped five goals in the two defeats, that have started their campaign.

In the day’s only other game, FC Köln will attempt to shake off a shock Europa Conference League defeat to Hungarian side Fehérvár, when they visit Frankfurt, who currently boast the division’s most porous defence.

If you want to follow any of the games mentioned above, click on the relevant link and tap the bell icon to receive all the key match updates.