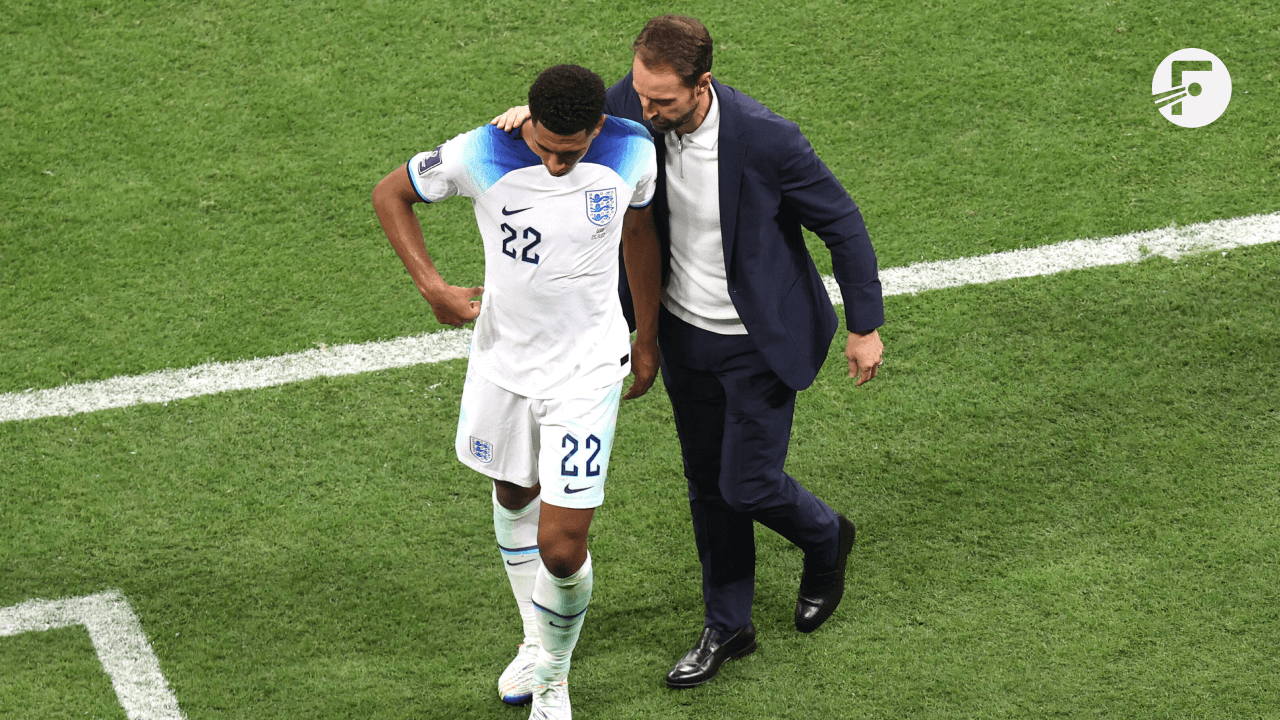 Gareth Southgate has had great success as the manager of England. He helped guide the Three Lions to the semi-finals of the 2018 World Cup and to the final of the delayed Euro 2020 competition.

It has been a blessing and a curse for the former centre-back. Why? Well, once the dust has settled and people have realised that it didn’t actually come home, there is always an exaggerated autopsy to determine what went wrong. Instead of focusing on how this has been one of the most successful periods for England as a football team, people are keen to look for a reason as to why these opportunities haven’t been converted into silverware.

The manager is always at the centre of it all.

Some believe he is too defensive and over-cautious meaning he fails to get the most out of the attacking talent he has at his disposal. Heading into the 2022 World Cup, they may have had a point.

England failed to win any of their six group matches in the Nations League and scored just four goals, three of which arrived in the 3-3 draw with Germany. Southgate used a variety of systems across the six matches but opted for a 3-4-3 in the final two outings ahead of the World Cup kicking off.

It was believed that this was a sign of things to come in Qatar and, on paper, it didn’t look great. The Three Lions had no set system, they weren’t scoring goals and they were struggling to keep clean sheets.

Yet as England head into their quarter-final clash with France, they have arguably been one of the most consistent and balanced sides at the World Cup so far. Southgate surprised many by going with a 4-3-3 shape from day one but it was a risk that paid off.

In possession, the system morphs into a 2-3-5. England essentially defend with five and attack with five. In previous tournaments, Southgate’s side would, generally, attack with four players. This extra body in the final third has come up trumps for those in white.

Jude Bellingham was one of those to benefit from the new shape. He was given license to attack the penalty area as one of the two box-to-box midfielders in the team and it was the BVB youngster who netted the first goal of the tournament for England, timing his run perfectly to nod home Luke Shaw’s cross against Iran.

The 19-year-old was also a menace in the 3-0 win over Wales, finishing the match with two shots – the same number as Harry Kane.

It is a clever tactic to deploy. The wide forwards, instead of cutting inside at any given opportunity, will hold the width. Kane is also allowed to drop into space, even though he is the sole centre-forward. The right-sided centre-midfielder and the left-sided centre-midfielder both push on when England are on the ball to occupy the space between the front three. You can see it in the picture above.

When the centre-midfielders push up, the opposition’s centre-backs are pinned with it being two-vs-two. This then allows Kane to pick up similar positions to the ones he finds himself in for Spurs. He can turn on the ball and act as a playmaker in the final third.

Generally, as soon as the England skipper turns to face the opposition’s goal, it is four-vs-four with the wide forwards isolated against full-backs and the midfielders occupying the centre-backs.

If you watch back a lot of the goals scored by the Three Lions in Qatar, many occur after the opposition’s defence have been dragged into areas they aren’t supposed to be in. This is a result of England committing bodies into the final third and forcing opponents into making decisions.

The Raheem Sterling goal against Iran comes about after Kane, Bukayo Saka and Bellingham drag players into deeper areas. You then had Bellingham and Jordan Henderson, the two box-to-box midfielders, combining for the opener against Senegal.

For someone accused of being too defensive and overly cautious, Southgate’s tactics at this World Cup have been brave, bordering on risky. But it has paid off, hasn’t it? England have kept three clean sheets, conceded just two goals and have found the back of the net on 12 occasions in their four outings.

No team can better the three goals the Three Lions are averaging on a per-game basis and Morocco are the only other team to have kept three clean sheets.

You can follow every match from the 2022/23 Premier League season live with FotMob — featuring deep stats coverage including shot maps, xG, and player ratings. Download the free app here.